The Tiger Who Came To Tea

Direct from the West End, the Olivier Award nominated smash hit show, The Tiger Who Came to Tea is a musical play adapted and directed by David Wood, based on the book by Judith Kerr.

The Tiger Who Came to Tea returns on tour across the UK for it's 12th year on stage, following a Tigerrific West End summer season at Theatre Royal Haymarket. The 2021 UK Tour kicks off at Hull New Theatre in October, before heading to Artsdepot, North Finchley for a 3 week Christmas Season, and continuing its tour into 2022.

‘THIS TIGER IS THE CAT'S MEOW’
The Times

‘A RARE AND GRREAT ACHIEVEMENT’
Mail On Sunday

‘ALL THE FUN OF THE FUR’
Daily Express 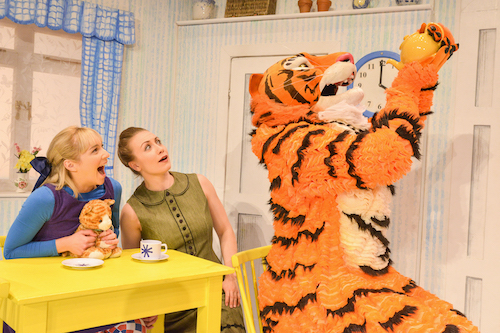