sand in the sandwiches

Fresh from a sell out tour, Edward Fox returns to the stage with his acclaimed portrayal of John Betjeman, one of the best-loved poets of the 20th century.

Sand in the Sandwiches celebrates a man famous not only for light verse and laughter, but for his passions, his sense of purpose and his unforgettable poetry.

Embracing his delight for nostalgia and delicious irreverence, Sand in the Sandwiches travels through Betjeman’s boyhood and adolescence, to life as Britain’s poet laureate, presenting a hugely entertaining insight into the world of this national treasure.

Double BAFTA award winner Edward Fox [OBE] is one of this country’s most eminent actors. His distinguished career counts iconic British films such as The Day of the Jackal, A Bridge Too Far, Oh! What a Lovely War, to name a few.

★★★★★
'A masterclass. There is no actor more suited to assuming the mantle of such a quintessentially English genius, than Edward Fox'
The i

★★★★
'I adored this show, a magical heavenly tribute to Betjeman'
Daily Mail 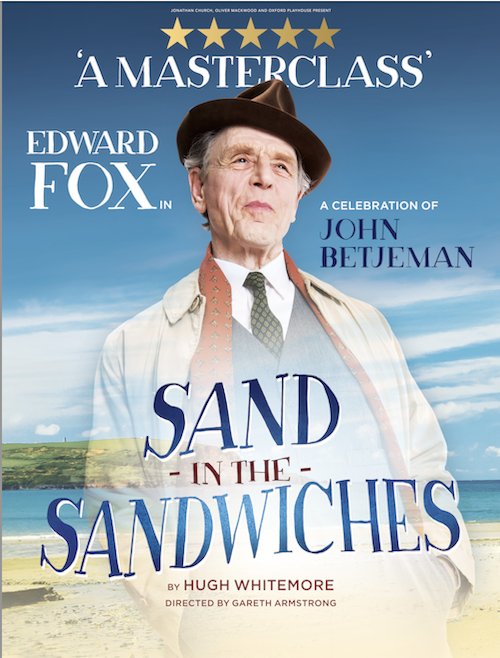