Back with their biggest comedy catastrophe to date, multi award-winning Mischief (The Play That Goes Wrong, BBC One's The Goes Wrong Show) return to the stage with their hilarious new show created with magic legends, Penn & Teller.

A hapless gang of magicians are staging an evening of grand illusion to raise cash for charity. But as the magic turns to mayhem, accidents spiral out of control and so does their fundraising target!

Raising the bar with their dare-devil stunts, jaw-dropping feats and irresistible comedy genius, Mischief’s Magic Goes Wrong is touring the UK from July 2021 into 2022.

‘I'LL BE LAUGHING INTO NEXT WEEK.’
The Sun

‘SPELLBINDING ROMP BY THE MASTERS OF MISCHIEF.’
Daily Mail

‘TOMMY COOPER, YOU SUSPECT, WOULD HAVE LOVED IT. I KNOW I DID.’
The Times 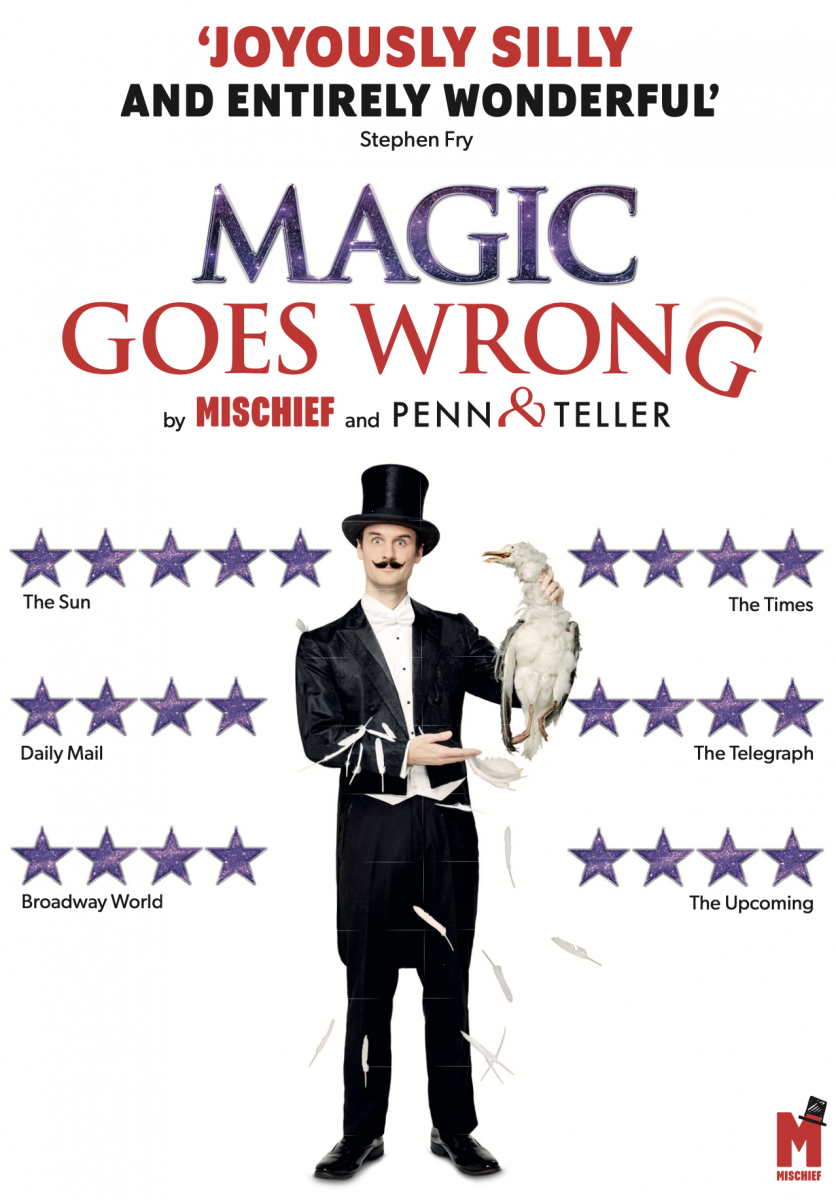