Two enduring icons born in the same year. One destined to rule, the other elected to lead. But when the stiff upper lip softened and the gloves came off, which one had the upper hand?

Moira Buffini’s celebrated new comedy speculates on what the world’s most powerful women really talked about behind closed palace doors.

Susie Blake leads a cast of six. Her numerous credits include TV’s The Victoria Wood Show, Coronation Street and Mrs Brown’s Boys; and on stage in Wicked and Grumpy Old Women.

★★★★
‘A CLEVER, MISCHIEVOUS PLEASURE WITH THE SHARP TEETH OF A KICKED CORGI’
Metro 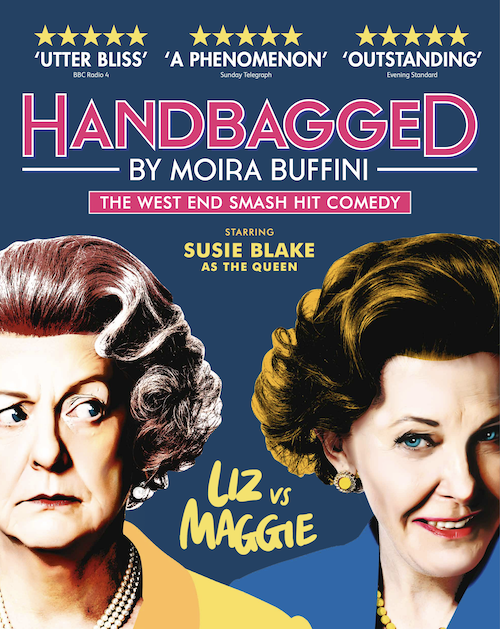