80 days around the world

A HIGH-SPEED GLOBE-TROTTING COMEDY FOR ALL THE FAMILY!

The mysterious and fabulously wealthy Phileas Fogg wagers his life’s fortune that he can circumnavigate the globe in just 80 days. Join Fogg and his loyal valet, Passepartout, as they voyage from the misty alleys of Victorian London to the exotic subcontinent and the Wild West in a race against the clock. 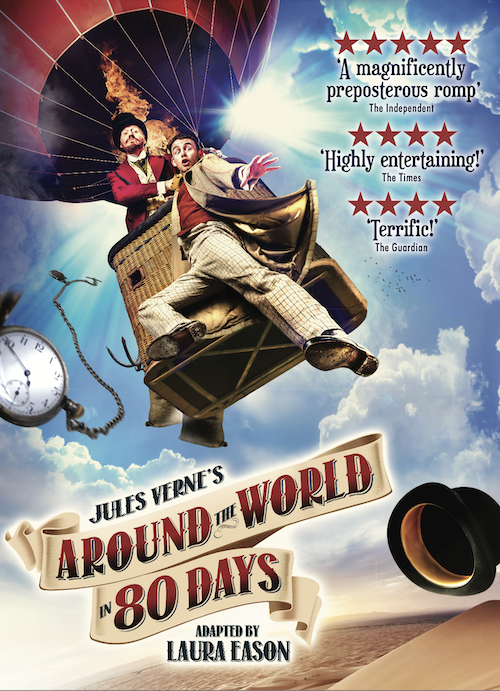