The World’s Greatest Show is a dance-theatre work exploring the phenomenon of 1930s dance marathons during the American depression. These human endurance contests saw couples dance almost non-stop for hundreds of hours competing for prize money. The longest recorded marathon lasted for 3,780 hours, which stretched to almost 5 months!

Directed and choreographed by Arthur Pita, with original music and period songs by Frank Moon with a 4-piece jazz band live on stage, The World's Greatest Show presents a cast of 11 professional dancers, joined by a group of 30 local participants for each performance.

The production premiered at Greenwich Dance on 27 June 2014 with performances at the Corn Exchange, Ipswich and in the Paul Hamlyn Hall at the Royal Opera House, London. 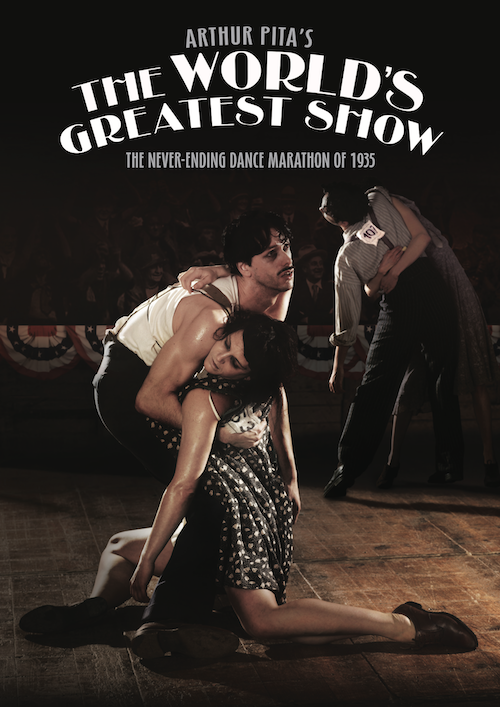